Hello! My name is Julie and I recently started an internship at Azendoo. This article will give you an idea of what my first week there looked like. It mainly deals with how I felt using the app for the first time and integrating the Azendoo team.

It’s not necessarily easy to picture Azendoo when you don’t use it or when you’ve never used a collaboration app for teams - that was my case not so long ago. I hope this article will help you have a better idea of what Azendoo offers. However, there’s no secret: the best way to make up your mind is to try it yourself!

Discovery of the tool

I started my first day with an explanation of how to use the platform. I was surprised by how quickly I managed to adapt. Whereas I thought it would have taken a few days of practice before feeling at ease with it, really it just took a few hours.

When trying a new app, it can be difficult to grasp all of the features right away. But as everything is optimized on Azendoo, use becomes logical and makes sense.

Thanks to the platform, I managed to find the answers to my questions all by myself. I sometimes didn’t know what action to perform or where to find a document so I looked at Azendoo’s blog and found some articles that helped me: What makes Azendoo unique and 20 ways to use subjects in Azendoo.

All the information (discussions, projects, documents, tasks) can be found in the same place. You just need to search in the right Subject to find what you want. It lets you classify content according to its context for you to find it quicker. 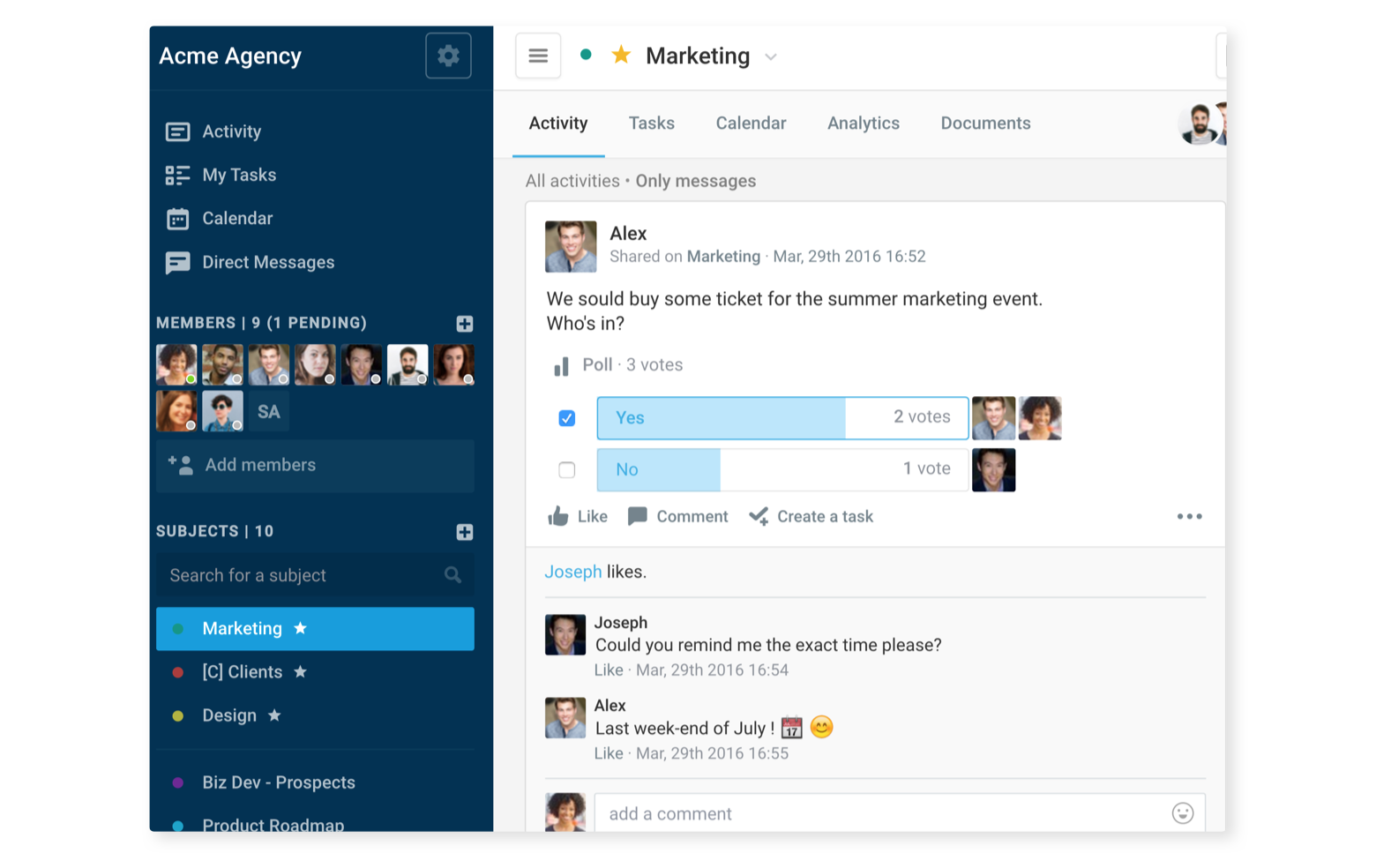 In another company, I would probably have hesitated to ask questions, by fear of bothering people. With Azendoo, there weren’t any problems, as the app immediately makes you autonomous.

The fact that all the information is concentrated in the platform prevents content from getting lost. Azendoo’s features allow you to share some content only with certain people. That way everyone can work on their own tasks without intruding on the “space” of others who aren’t involved.

I would say that Azendoo is easy to learn and that it doesn’t take long to get used to. Even if it generates some changes in your work methods, it allows you to gain time and productivity in the long term. And on top of that, the platform helps for integration, cohesion and team spirit.

I think it’s almost “normal” to dread the first days in a new company. For my part, this feeling did not last long at Azendoo. And I’m pretty sure the horizontal management at Azendoo might have a little something to do with it.

Working in an open space helps people to know each other better. I was also surprised by the transparency it allows, regarding any subject. To me, it clearly contributes to the good working environment. 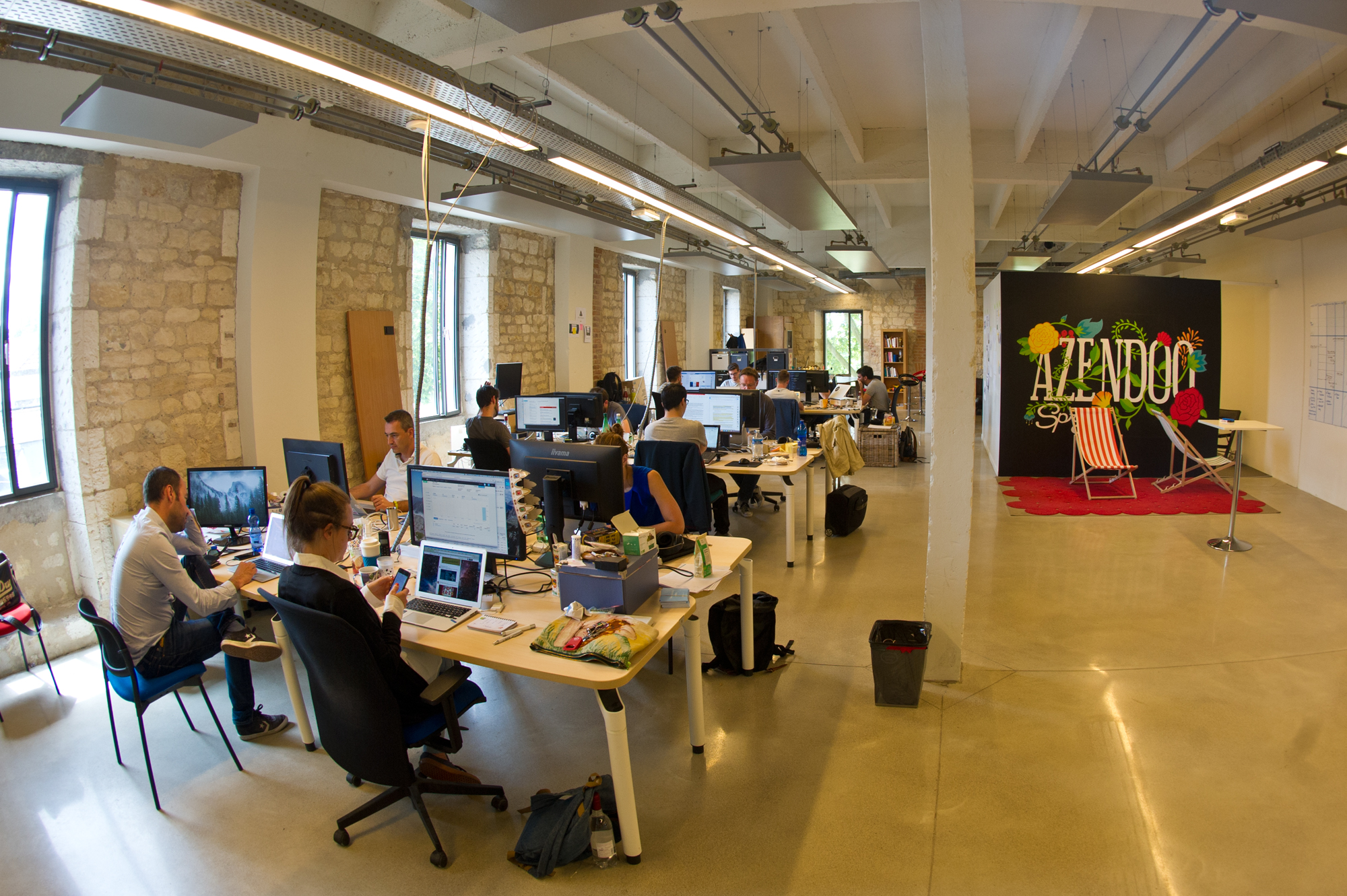 So when I first arrived, I didn’t feel like “just a trainee” but really considered as a person within the team. Even if each team member has their own role in the company, the team effort comes first. This philosophy is fully present at Azendoo and it explains its efficient priority management, without forgetting human values.

To no surprise, that is exactly the spirit I found on the collaboration app. No barriers, every person registered in a Subject has access to all the information in it, and I’m convinced this helps gain time and productivity.

In other words, we do not deal with endless procedures involving a constantly growing number of people; we prefer to go with the simplest solution, which is often the most efficient.

All these elements make Azendoo a friendly company where it is nice to work. I can’t help comparing what I see every day at Azendoo with the other companies I worked at, and one week is enough to tell that sometimes it doesn’t take much to establish a pleasant work environment.

For a person who never worked in a startup previously, I have to admit that I’ve been very surprised. I realize that big companies sometimes forget the team-building essentials.

It may not seem like a big deal but the simple fact of having lunch with the team ensures integration and reinforces team spirit.

Despite the fact that I’ve been at Azendoo for just a week, its global philosophy seems obvious for its efficiency.

Horizontal management ensures productivity and well-being in the workplace. So even if there’s obviously an established hierarchy, nothing prevents a flattening of the organization and the removal of barriers.

That’s the choice Azendoo made, and it works! 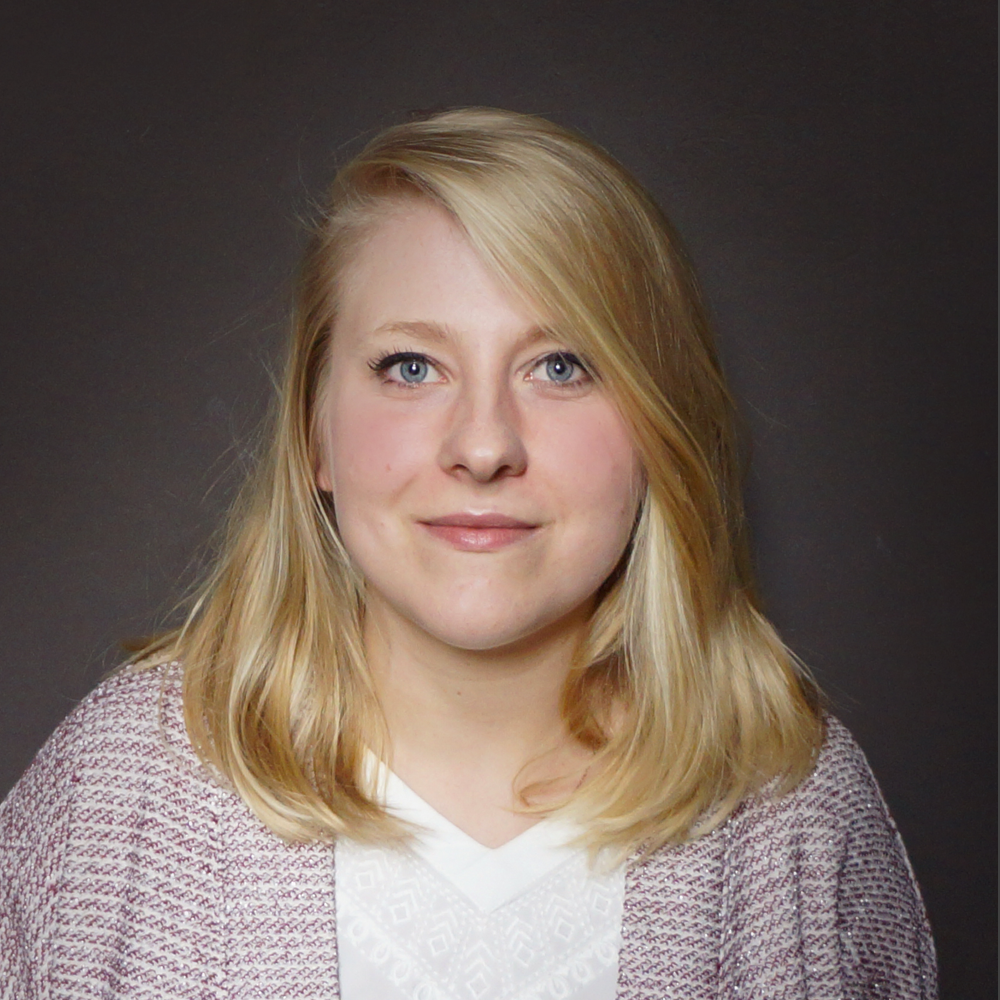